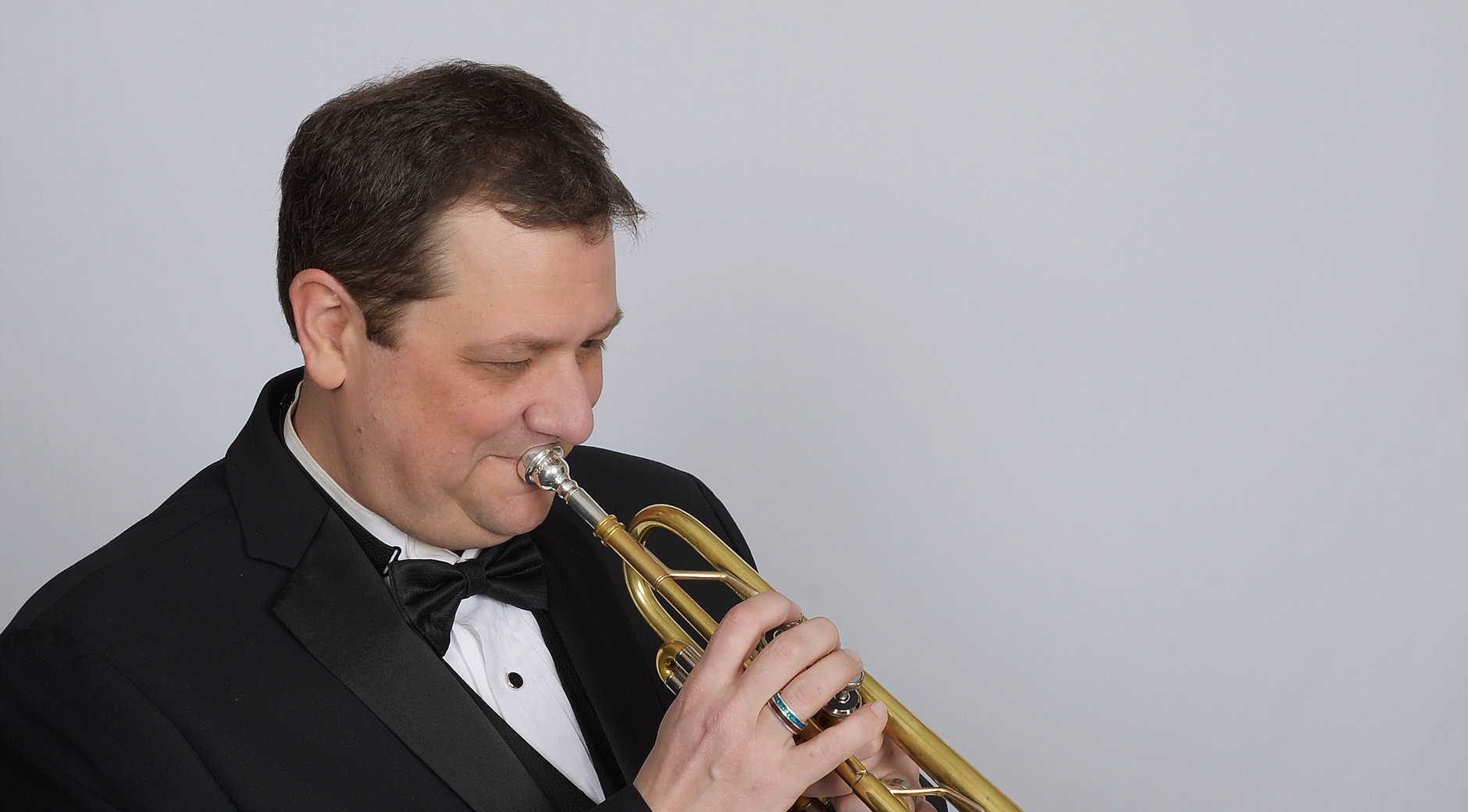 Dr. Scott Meredith, Associate Professor of Trumpet at the University of Wyoming, will appear as soloist for our upcoming concert, On The Town. Scott will perform Song and Dance by Philip Sparke. The six minute solo is both strikingly beautiful in lyricism and captivating in energetic virtuosity.

Additional works on the program include Diversions by Derek Bourgeois, “Three Dances from On The Town” by Leonard Bernstein, the main theme from The Incredibles by Michael Giacchino and a few additional surprises. 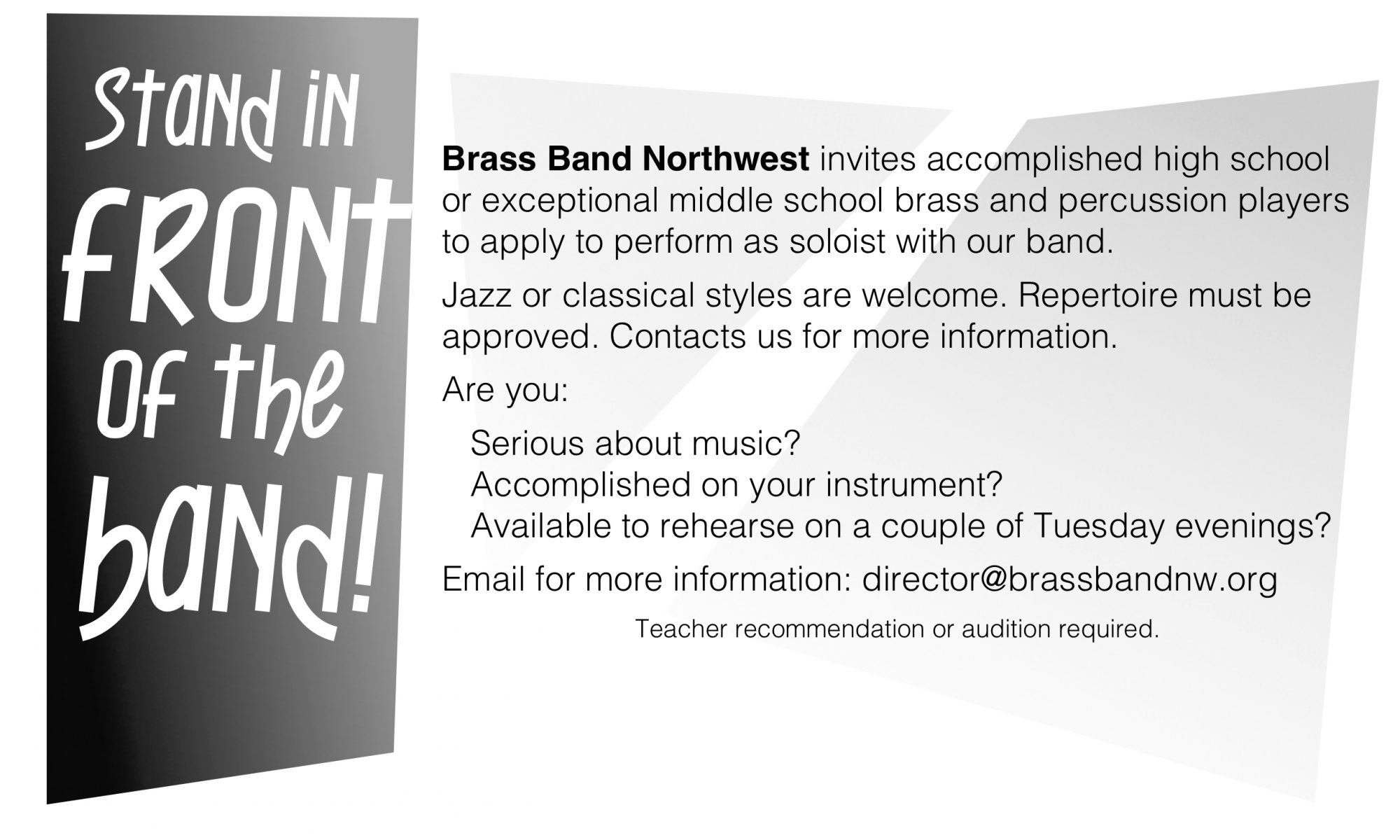 This past fall Brass Band Northwest began searching for exceptional high school musicians to stand in front of the band and perform a solo. Our first guest performer will be Jonathan Holder from Olympia. He plans to perform the “Slavische Fantasie” by Carl Höhone in June 2019. We look forward to working with Jonathan.

If you are a talented high school or middle school performer, get in touch and perhaps you could be the next student to Stand In Front of the Band! 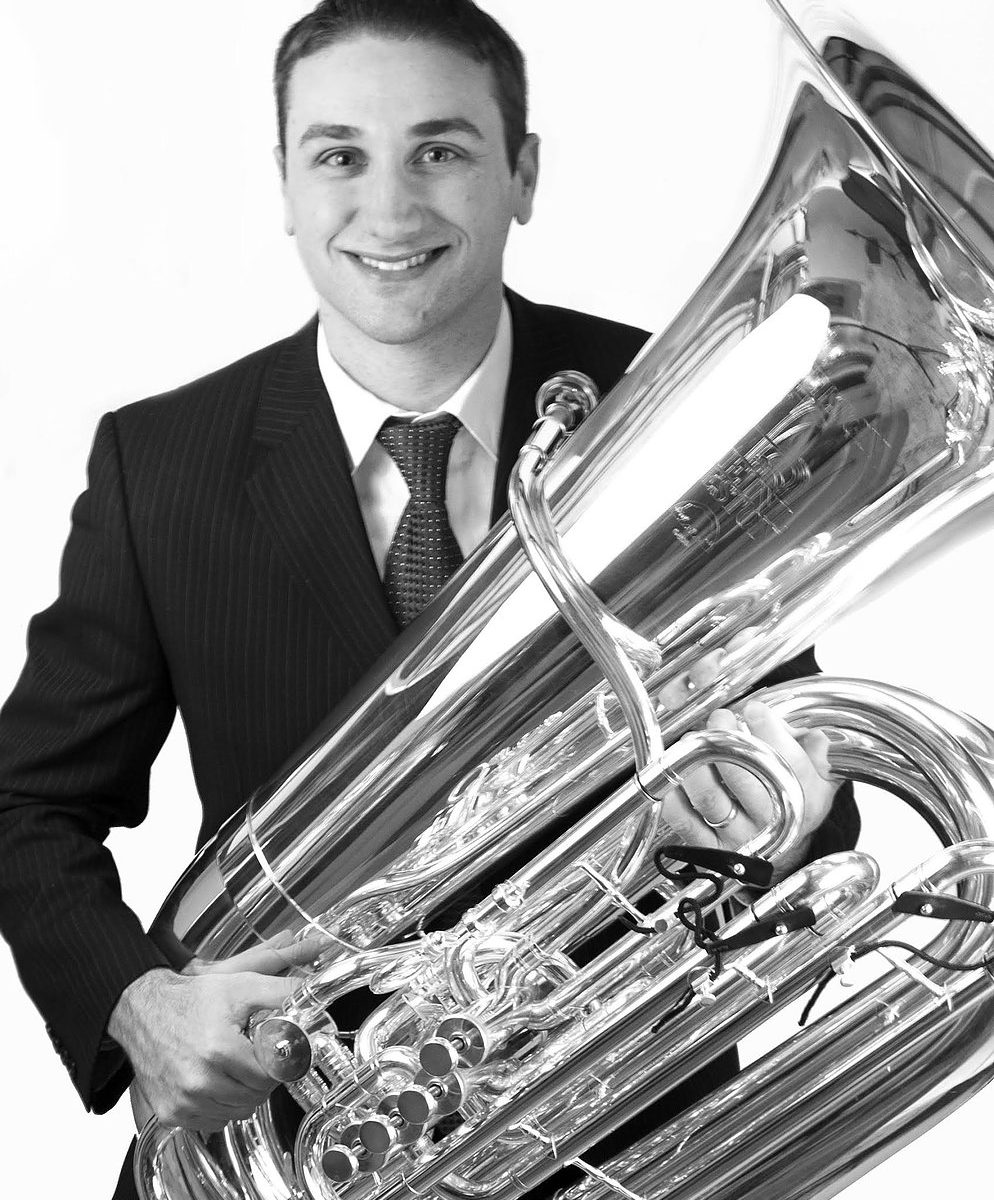 John DiCesare, principal tubist with the Seattle Symphony Orchestra, will appear at NWBF-2018 for a masterclass/recital. Previously, he was Principal Tuba of the Louisville Orchestra. John has performed with orchestras nationwide, notably the Cleveland Orchestra, Cincinnati Symphony, Philadelphia Orchestra, Pittsburgh Symphony and the St. Louis Symphony. During the summer months, John plays in the Colorado Music Festival in Boulder. John is also a dedicated teacher who has held teaching positions at Kent State University, Cleveland State University, Indiana University Southeast, and Campbellsville University. Dr. John Falskow is Director of Instrumental Music at Tacoma Community College, where he has also served as Chair of the Music Department. John conducts the TCC Orchestra, TCC Symphonic Band, and teaches a variety of classes in the music curriculum. In addition to duties at TCC, John is the conductor of Puget Sound Youth Wind Ensemble and formerly the conductor of Puget Brass. Falskow is an active conductor, music educator, and trumpeter in the Northwest region.

As a guest conductor, John has made numerous appearances including: Tacoma Concert Band, Northwest Mahler Festival Orchestra, Bremerton Symphony, Tallahassee Youth Symphony, the Big Bend Community Orchestra, the Evergreen Music Festival, and Brass Unlimited. John has also worked with countless school ensembles throughout the Southeast and the Pacific Northwest. John was the conductor of the Bremerton Symphony Youth Orchestra and an assistant conductor of the Bremerton Symphony. Prior to these activities, John served as an Assistant Professor of Music at Lander University in Greenwood, South Carolina. He was also the band director at Mason Middle School in Tacoma.

John completed his Ph.D. in Music Education at Florida State University, where he also conducted many of the university’s ensembles. John’s education also includes degrees from Washington State University and the Puget Sound. Peter Bond, trumpeter with the Metropolitan Opera Orchestra and dedicated educator will appear as soloist for the Northwest Brass Festival in 2018. A native of Illinois, Mr. Bond earned a degree in Music Education from Western Illinois University with the intention of becoming a high school band director, but decided to instead to pursue a playing career. He was invited by a former professor to do graduate work at Georgia State University, where he began serious orchestral training with Atlanta Symphony principal trumpet John Head. For the next seven years, Mr. Bond enjoyed a busy career as a freelance musician in Atlanta. In 1987 he he took his first orchestra audition and was appointed principal trumpet in the New Mexico Symphony Orchestra. Five years later, he won his position with the Metropolitan Opera Orchestra. Mr. Bond came to orchestral performance somewhat late, having grown up playing in drum and bugle corps, big band jazz groups, and even a traveling circus. Mr. Bond is a Bach trumpet artist.