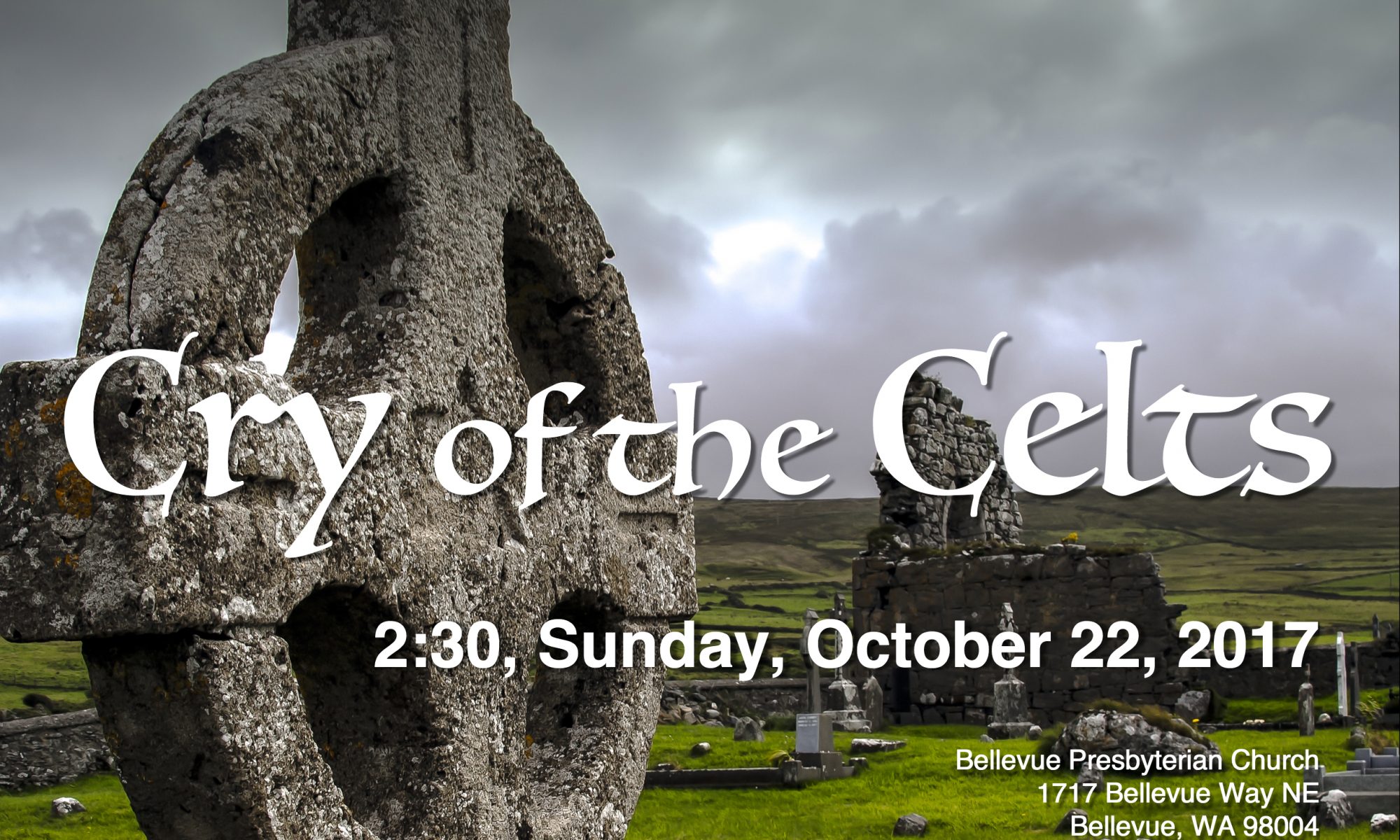 Cry of the Celts 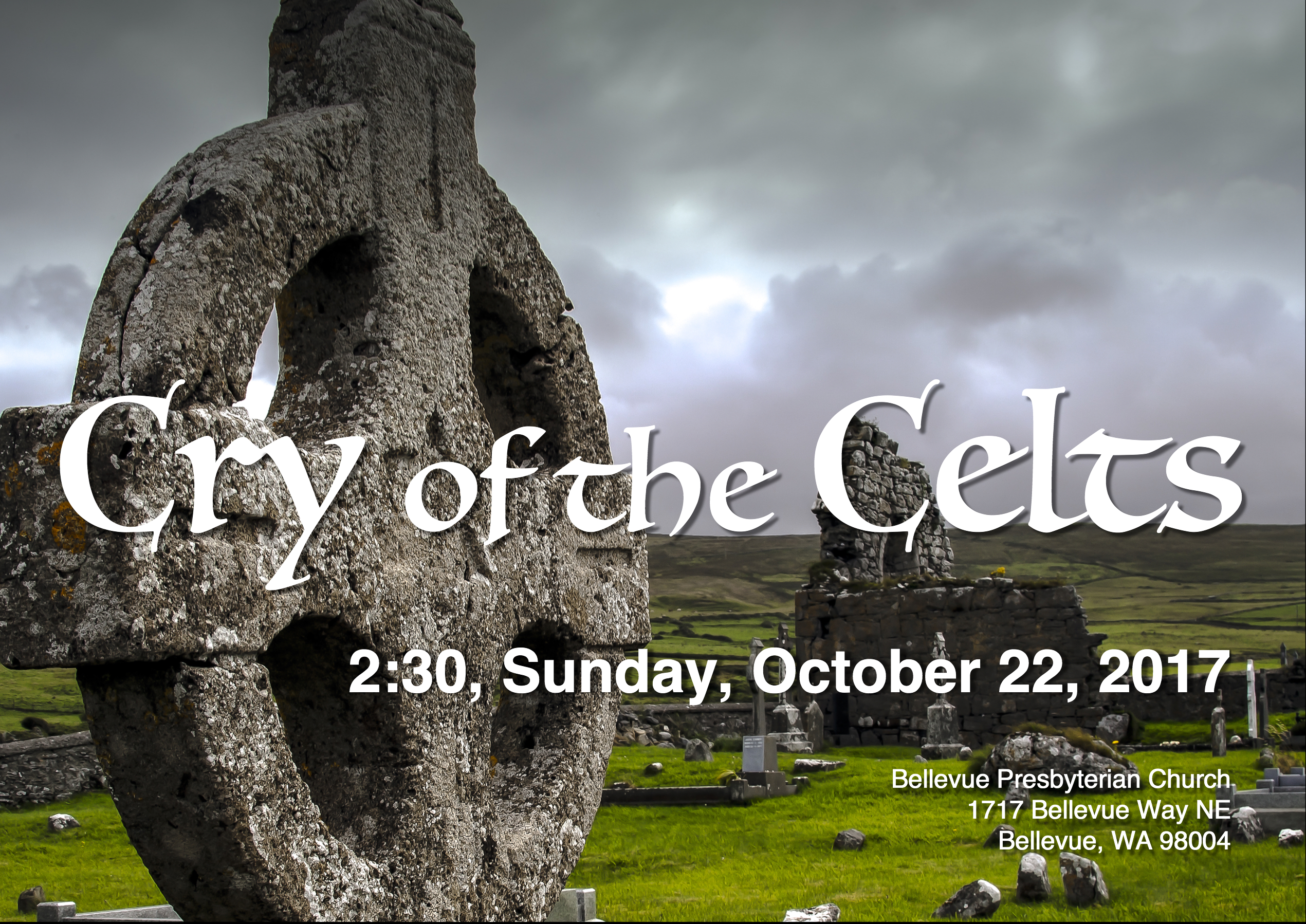 Brass Band Northwest invites you to our fall concert, Cry of the Celts. This program features several works from Great Britain displaying the indomitable spirit of that nation. Herbert Howells is most known for his lyric works for chorus or organ and Suite Pageantry shows this lyric tendency especially in the second movement, Cortege. Nimrod is the emotional core of Elgars most popular work, Enigma Variations and figures prominently in the recent movie, Dunkirk. Our program concludes with Cry of the Celts, music from the popular Irish step-dancing program, Riverdance.

This season we celebrate the centenary of the birth of Leonard Bernstein and will feature his music on our programs. We open our season in October with Shivaree (1970), a short fanfare that Bernstein composed in honor of the 100th anniversary of the Metropolitan Museum in New York and later repurposed in Mass. Our May program includes a movement of his charming Chichester Psalms (1965), originally for chorus and orchestra and in June we present three dances from On The Town (1947).