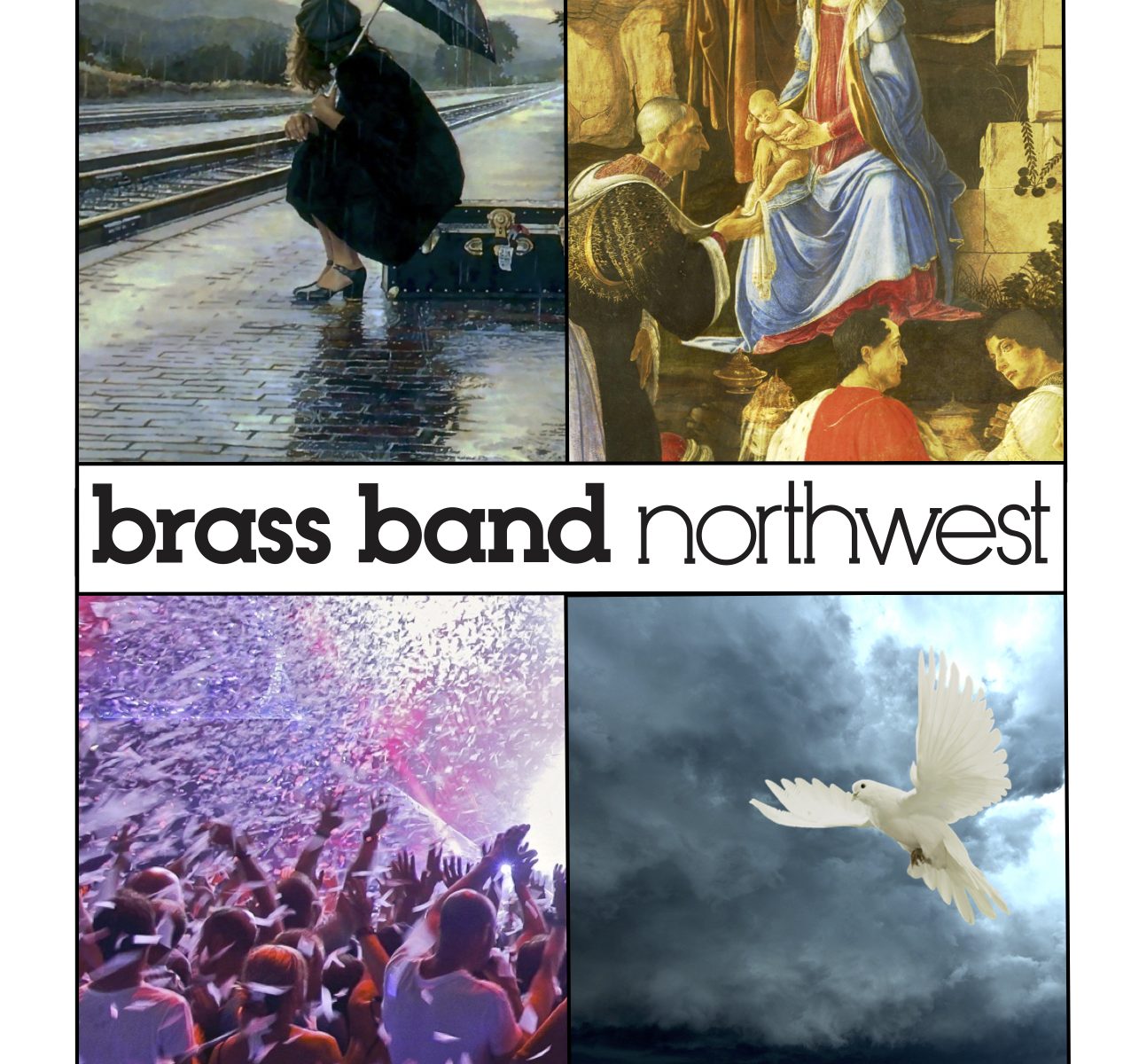 Brass Band Northwest has an exciting season planned and we hope you can join us for all of our concerts!

We open our season with musical travelogues taken from great literature including Candide, Pilgrims Progress, Romeo and Juliet, and The Unfortunate Traveller. Pilgrim’s Progress is a Christian allegory first published in 1678 and continuously in print ever since. Philip Wilby portrays the key moments of the story which are connected by short excerpts from the text. Imogen Holst, daughter of Gustav Holst, wrote The Unfortunate Traveler when she was still in her teens which is based on the picaresque novel by Thomas Nashe of the same name. We complete our year of celebration of the centennial of Leonard Bernstein’s birth with two of his most popular works: Overture to Candide and his retelling of Romeo and Juliet, West Side Story.

Our Christmas program is an evening of seasonal pops and light classics enjoyable for the whole family. The concert is named for a work by Ottorino Respighi–composer of the popular Pines of Rome–which describes the painting by Botticelli of the same name. The painting depicts the three wise men and the shepherds gathered around the baby. This program will likewise focus on music depicting the those who came to witness the baby.

In March, Seattle Choral Company and Brass Band Northwest under the direction of Freddie Coleman join forces to present The Armed Man – a mass for peace by Karl Jenkins. This hour long work is based on L’Homme armé, a secular melody that was used as the basis for numerous mass settings in the Renaissance. By combining texts from Jewish, Muslim and Christian traditions, Carl Jenkins transforms this music into a plea for world peace.

We conclude our season at BelPres with an exuberant explosion of music! This program features exciting music from many genres ranging from the art music style of Celebration by Donald Coakley through the vibrant score from Pirates of the Caribbean by Hans Zimmer to the almost surreal Toy Trumpet of Raymond Scott.

Brass Band Northwest endeavors to provide opportunities for talented young musicians and are proud to feature Jonathan Holder, cornet on this concert. Jonathan is a high school student from Olympia and is the first winner of Stand in Front of the Band! He attended the Northwest Music Festival in 2018 and was so taken with the sound of brass bands that he commuted from Olympia to perform with us last spring.